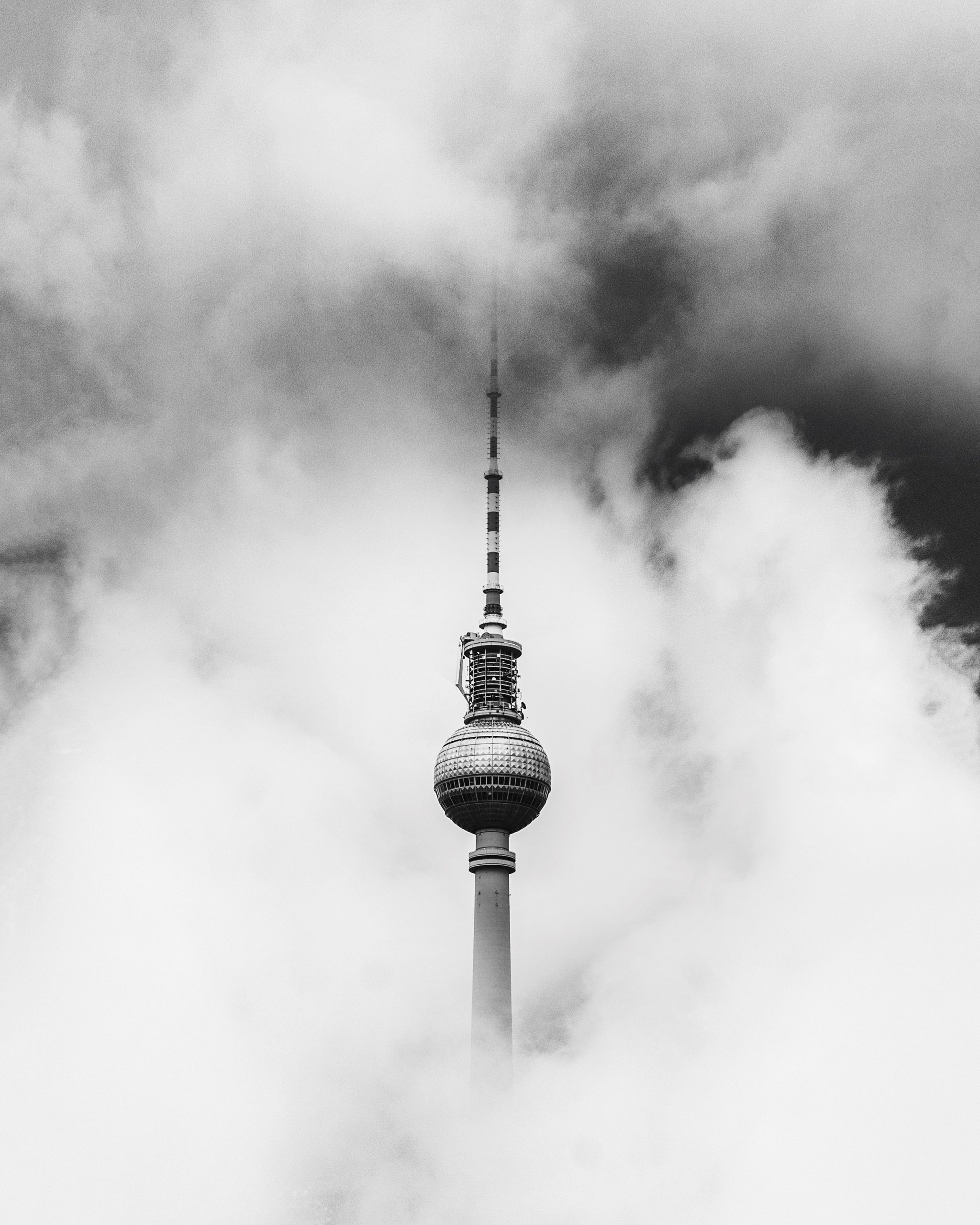 Condemned to Become: the Future of the Past in Berlin 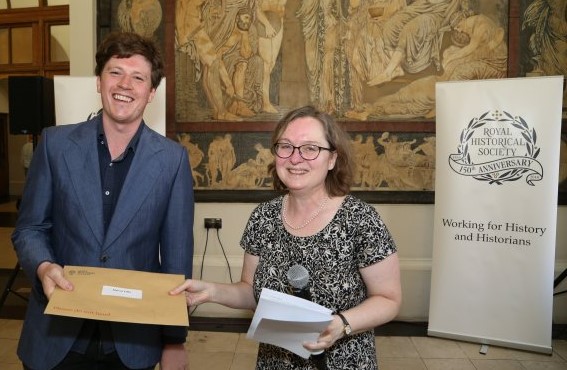 Marcus Colla is a final year PhD student at the University of Cambridge. His research looks at the legacy of the Prussian state in communist East Germany. Marcus was awarded the Alexander Prize for 2018 for his article ‘Prussian Palimpsests: Architecture and Urban Spaces in East Germany, 1945-1961,’ Central European History, Vol. 50, (2017), 184-217. Here, he considers how Berlin has dealt with its contested past in its urban landscape.

In 1910, the critic Karl Scheffler memorably described Berlin as a city ‘condemned forever to become and never to be’: a site in perpetual and restless flux, ever-transfiguring itself into something new. Today, massive projects such as the expansion of the government quarter and the ill-starred international airport bear testament to the city’s latest transformation, this time into a truly national capital and a cosmopolitan centre of culture.

But Berlin’s new urban identity is not geared to the future alone. At the city’s historic core, the €600 million ‘reconstruction’ of the eighteenth-century City Palace is now nearing completion. As a historian concerned with the fate of historic architecture in post-war Germany, this project raises a number of fascinating questions about the way that the capital of the reunified state has dealt with its contested past in its urban landscape. My research explores the demolition of a number of buildings after 1945 that have in recent years reappeared on the streetscapes of Berlin and Potsdam – the City Palace included. But can an understanding of these buildings’ histories help explain why they are now being resurrected?

The Fernsehturm. Credit: Polaroidville on Unsplash

There are many layers to the history of the site of the City Palace: once the seat of the Prussian Kings and German Emperors, the original structure was demolished by the communist government of East Germany (the GDR) in 1950. On its foundations they ultimately built the Palast der Republik (‘Palace of the Republic’) – a distinctively 1970s construction that served as both the seat of the GDR’s rubber-stamp parliament and a social and entertainment complex. But with the demise of their regime in 1990, the Palast itself was rendered aesthetically and functionally obsolete. Packed with asbestos, it finally met the wrecker’s ball in 2008. The Palast’s departure left unheeded the protests of many Ossis (‘Easties’) and their supporters, who perceived in this round of demolition a concerted attempt by imperious Westerners to erase East Germany’s history from the narrative of the new, unified state.

Now, the City Palace is re-emerging as the ‘Humboldt Forum’: a museum and research space whose dedication to world cultures and ethnology is designed to capture modern Germany’s forward-looking, cosmopolitan identity. In the temporal kaleidoscope of twenty-first century Germany, past, present and future are densely entangled. . 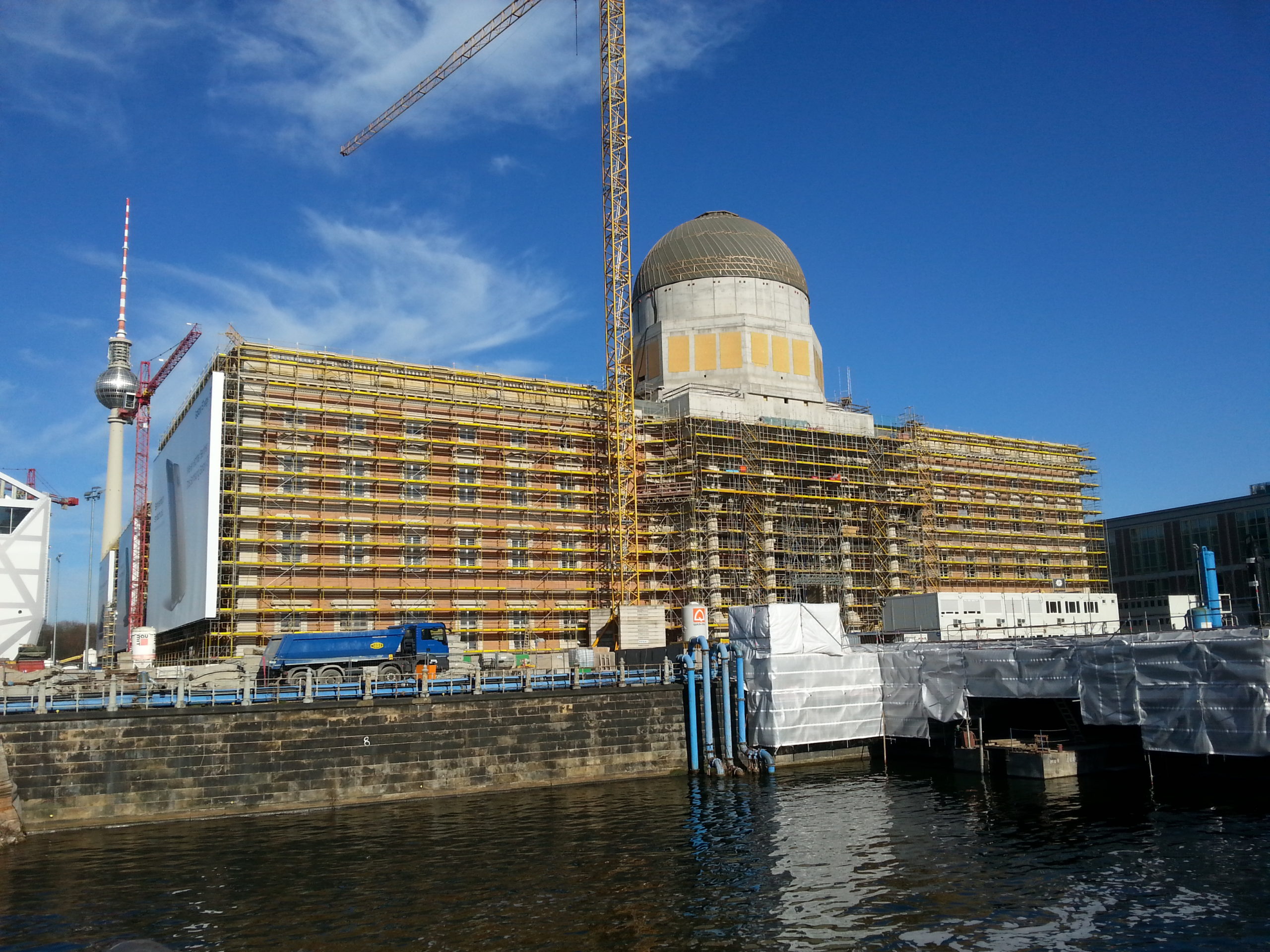 The physical resurrection of the Palace has not been able to silence criticism entirely. For a site so pregnant with cultural potential, many Berliners are astonished by the lack of imagination the project betrays. Future generations, some muse, may be mystified by what they see. Will they falsely perceive the building as an authentic emblem of a baroque Berlin, a quaint antique of the city’s Prussian past? Or will they see it as a distinctly twenty-first century phenomenon; a curious postmodern composite born of nostalgia and cultural apathy?

Or is there perhaps something more radical and even ‘anti-historical’ at play? The reconstruction of the Palace, after all, has not just entailed the obliteration of the Palast der Republik: by symbolically reversing the original destruction of 1950, it also seeks to right a perceived historical wrong. Back in 1991, the historian and journalist Joachim Fest expressed a common sentiment when he argued that ‘if the destruction of the Palace was supposed to symbolise the victory’ of communism, then ‘reconstruction would symbolise its failure’. This represented a longing for ‘authenticity’, motivated by a desire for permanence and finality after a century of war and division. Berlin, such critics pleaded, must finally be allowed to ‘be’.

Sadly for these critics, the conflict over the past is not one that can be won or lost. As future visitors to Berlin will doubtless appreciate, history has a tenacious capacity to reassert itself. If one stands today at the western edge of the new City Palace, one is met by a striking vista. Before you, the palace’s cupola ascends elegantly from a mire of cranes and scaffolds, while the colossal dome of the Berlin Cathedral sparkles just a few metres to the north. The historic confluence of royal and spiritual power could not be more boldly expressed. But there, rising in the background between both structures, is the distinctive silhouette of the Fernsehturm: a 368m space-age needle that bespeaks communism’s lost dreams of technological and creative supremacy. Like laughter secreting from the coffin of history, it will haunt the backdrop of every photograph hence. Over one hundred years of trauma may separate Scheffler’s observation from the Berlin of today, but it continues to bear a sobering truth: Berlin is not a city that can simply be.