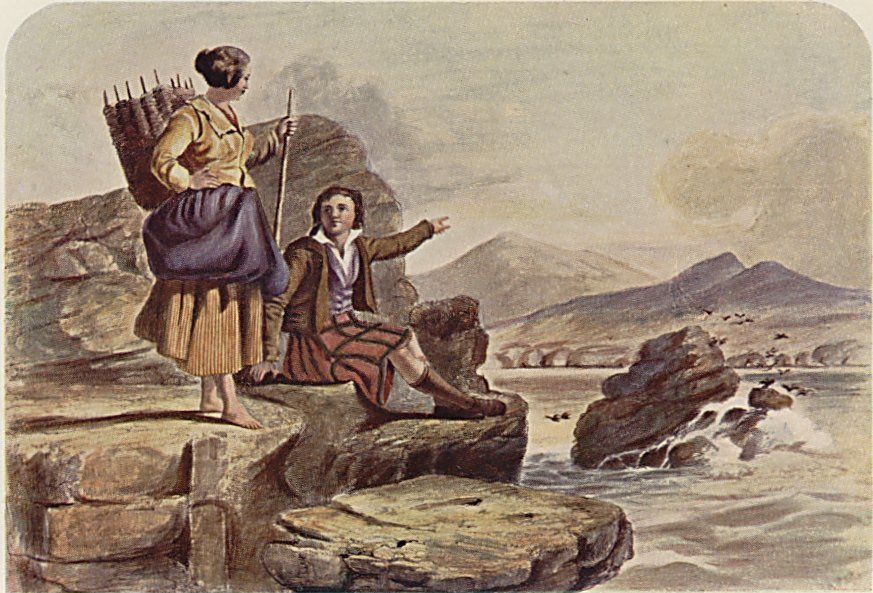 Dr Katie Barclay won the Royal Historical Society’s 2018 David Berry Prize for her essay on love and friendship amongst lower order men in eighteenth-century Scotland. Here she reflects on the larger project that the essay emerged from and its insights for contemporary academic emotional economies. 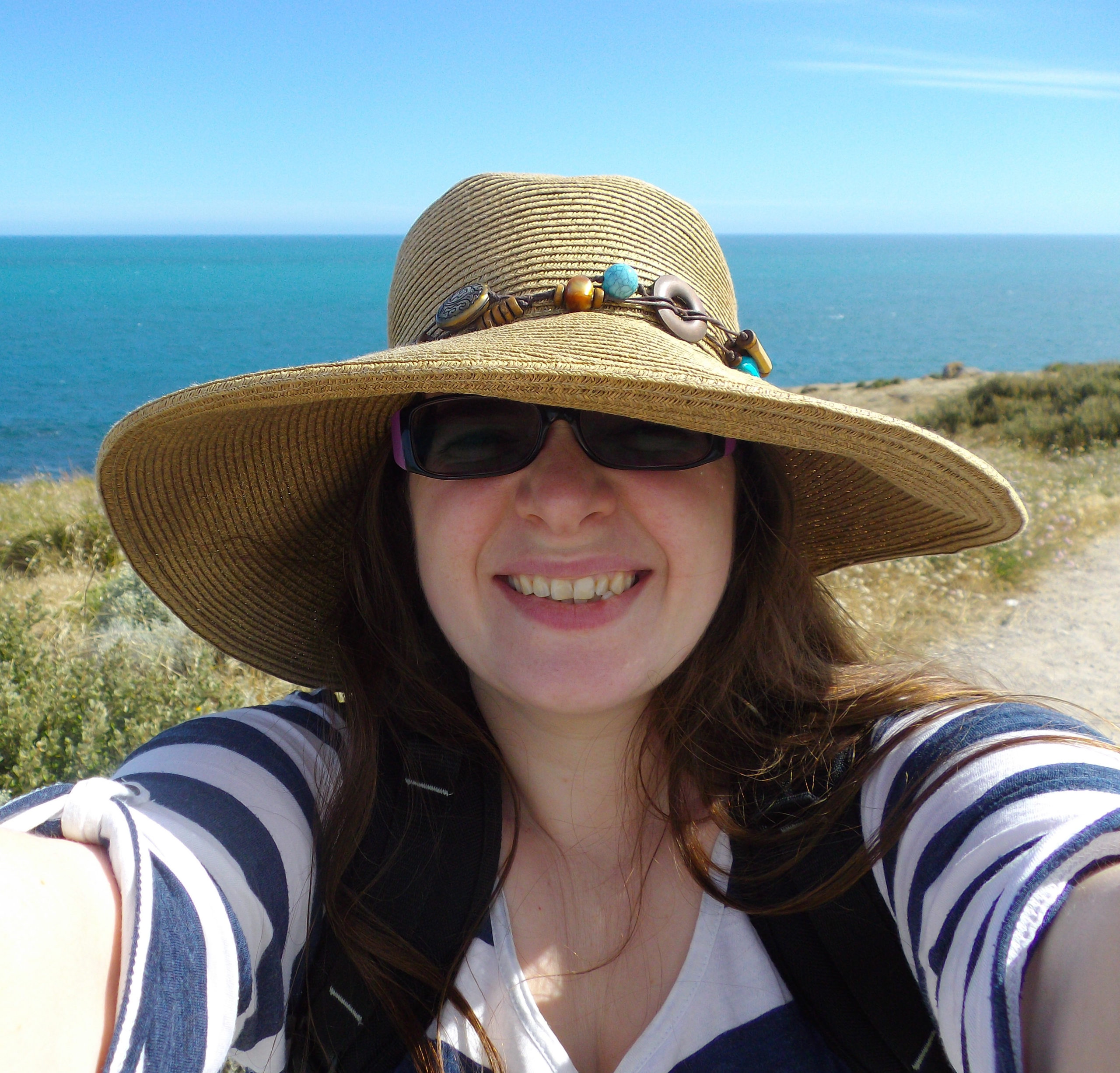 This week, as well as writing this blogpost for the RHS, I am working on a book chapter on the emotional economies of migrant workers – the vagrants, chapbook wo/men, and door to door salespeople that were a feature of the early modern European landscape. Of interest to me is how an economy and ‘lifestyle’ that relied on the hospitality and charity of the wider community shaped the personal lives and relationships of this key group, and the ways that such mobility informed a particular understanding of the early modern self. It is a history that reflects on the capacity of individuals to find a ‘place’ on their journeys through time and space, but also of the emotional and practical labour involved in such placements. My work particularly focuses on Scotland, my homeland, but a home left behind in my own itinerant travels as a worker in the modern academic landscape.

The inspiration for this post was a request from the RHS blog editors to reflect on the research challenges of being a Scottish historian, currently based in Australia, and with a career that has required significant mobility as I – like much of the modern academy – has sought to find an institutional home. I suspect this may have been a request to reflect on the importance of a decent camera to enabling research to move swiftly on short trips back to archives located thousands of miles from your residence (very important – an iPhone won’t cut it), but, as a historian of emotion and mobility, I interpreted it as a moment to reflect on the themes that drive my research – of emotion, mobility, place, community.

I submitted my PhD in 2007, graduated in 2008. I was offered a permanent – continuing as Australian’s style it – contract in 2017, after ten years of post-qualification scholarly life. In many ways, it has been a remarkable career – ten years of full-time, well paid, research ‘only’ work, before finally moving into a standard teaching/research contract. Most of it has been supported by research fellowships that not only paid my wages but provided funds to enable travel between the place where I worked and that which held the source material for my research. I am very privileged. Yet, as I have noted elsewhere, even for those of us who find ourselves at the ‘top’ of the ladder, a decade of insecure work – work that relies on a process of constant achievement of the next paper, the next book, the next grant – has its own particular tolls on mental and bodily health. As part of a broader system of ‘precarity’ – economic insecurity – living on research fellowships acts as a slow wearing of the self, an erosion of the ability to find comfort and particularly to find place.

The converse of this, of course, is that humans are pretty good at finding place. Histories of mobility and migration have highlighted the ways that movement can be destabilising and that the labour involved in placing roots, finding familiarity, producing ‘home’ is real and significant. But it also highlights the success of migrant communities, their ability to adapt to new landscapes, environments and economies, to make connections with other migrants and local communities, not least ties of love and family. Mobile migrant workers are perhaps particularly interesting in this respect as a group who often tramp the same routes, stay with the same people, build relationships and friendships built on an openness to newcomers but bounded by strict rules of hospitality that encourage onward movement. Thus, even for the very mobile, some sort of ‘place’ was often enabled within these communities, if not for everyone.

For the modern academic – and in many other industries too – mobility is hailed as a social and economic good. The conservative impulses that tighten borders, limit visas, and restrict movement are regarded unfavourably, for lacking business sense as well as their racism. New scholars are not only warned that mobility will likely be vital if they wish to remain with the academy but are sold it as a research good – it will broaden their experiences, produce new research networks, deepen knowledge and understanding. (That the ability to move is a privilege that those bound to place and people cannot achieve is often ignored). And the benefits of moving are all true. One of the wonderful things about having worked in Scotland, England, Ireland, Australia and Denmark and experienced seven institutions is the relationships I have built, the insight I have gained into academic practices and cultures, and benefits these have brought to my research findings.

Yet, one of the challenges of mobility is also that building relationships takes significant labour and it produces real emotional connections – we might call them friendships – that are severed, if not entirely, with every move. Finding a place in a new institution also involves by necessity a period of unsettling and settling – those moments of trying to find your new routine, learn new faces, figure out your role in a new set of group dynamics, and ultimately build the bonds that enable communities to function. It is a process that is underpinned by an experience of being out of place and its attendant anxieties and over-thinking, a mental experience that can be likened to the muscle pains of trying a new set of exercises at the gym. Over time, you even learn to identify that experience – to know that this process of settling is what is involved in finding ‘place’ – but it doesn’t seem to make it any easier.

Like any bodily labour, it also has larger impacts on the self. With every move, the labour of finding place seems harder, the desire to do it again reduces. The longer you stay in one place the more comfortable you become and the more the idea of leaving impacts on your general wellbeing, on the sense of precarity produced by insecure labour. I am sure some may say that such a comfort produces complacency. And maybe it does. But bodies need time to rest and recover. They also need the security that being in ‘place’ and having community enables – a community that is generally not formed by long cultural beliefs about family obligation to its members – but through the emotional labour we do with those around us when we arrive. Thus mobility becomes a remarkable privilege, not accessible to all and with real benefits and pleasures, but also a form of work that contributes to the challenges of negotiating the precarious economy.

For highly mobile workforces, and many of the institutions I have been part of contain as many or more migrants as locals, the mobility of the academy also has implications for institutional cultures. The people you meet at work are not just colleagues but become your family, your support network, your safety net. If we currently complain that the expectations of the current academy are unsustainable for a life beyond it, mobility further dislocates you from the world outside – making bonds beyond are not impossible but the labour far harder, requiring more effort. At its best, it is a system where you find family at work, but at its worst, it reinforces the abuses of the dysfunctional home. Such emotional bonds complicate lines of power, heighten disagreements between colleagues, and lead to romantic connections in places where the ethically-minded might suggest they should not be. This too is what it means to find ‘place’ in the academy.

I return then to my eighteenth-century mobile workers and I wonder whether the rules of hospitality and charity that enabled such movement were any less fraught, less challenging, than they are today. I reflect on the ways that their emotional economies might have also produced precarious selves, exhausted not just by the journey but the emotional labour that it required en route. Yet, as I reflect on the relationships I have made in the institutions I call home, I also remember the rewards of such expansive networks, of ties and connections that cross borders, and of the charity and hospitality that are as vital to the functioning of university cultures, as the research.

Dr Katie Barclay is a Senior Lecturer in the ARC Centre for the History of Emotions and Department of History, University of Adelaide. You can follow her on Twitter @KatieEBarclay.