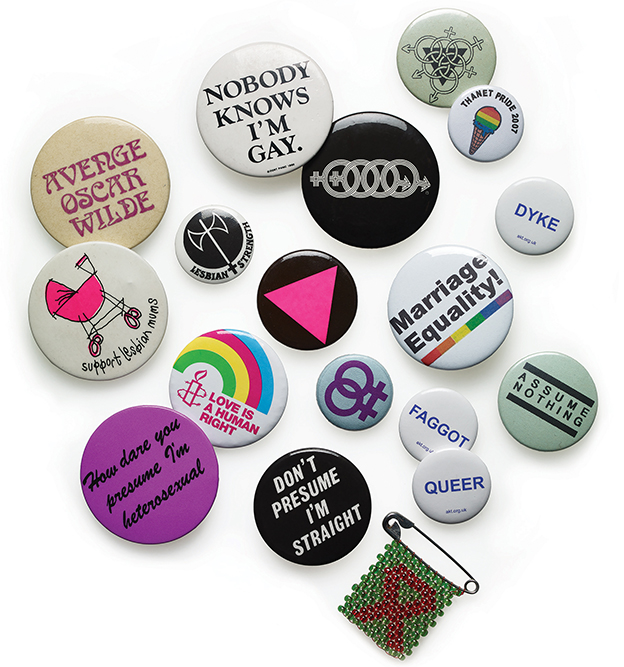 February is LGBT History Month across the UK. As the month draws to a close, Prof. Richard Parkinson (Professor of Egyptology at Oxford) reflects on celebrating ‘a great unrecorded history’.

The end of February is an opportunity to reflect on changes in the public visibility of LGBTQ history, many of them a result of the success and dynamism of LGBT History Month. I personally am an accidental LGBTQ historian, thanks to a 2013 British Museum project that made me realise how deeply people felt the need for such history. That project grew out of research on same-sex desire in Ancient Egyptian poems, and the ways in which such ancient texts have been published reveals how far attitudes have changed: almost 150 years ago the first Oxford Professor of Egyptology felt that he could only translate a poetic chat up line between two males into Latin, commenting it showed the ‘evil nature’ of the speaker. The British Museum’s book A Little Gay History and subsequent events have been described as a ‘call to arms’, and helped inspire an ‘Out in Oxford’ trail charting relevant objects across the city’s various museums, parks and libraries. Similarly, LGBTQ tours at the Victoria and Albert Museum have proved hugely popular. There is an audience for such inclusive and diverse histories. 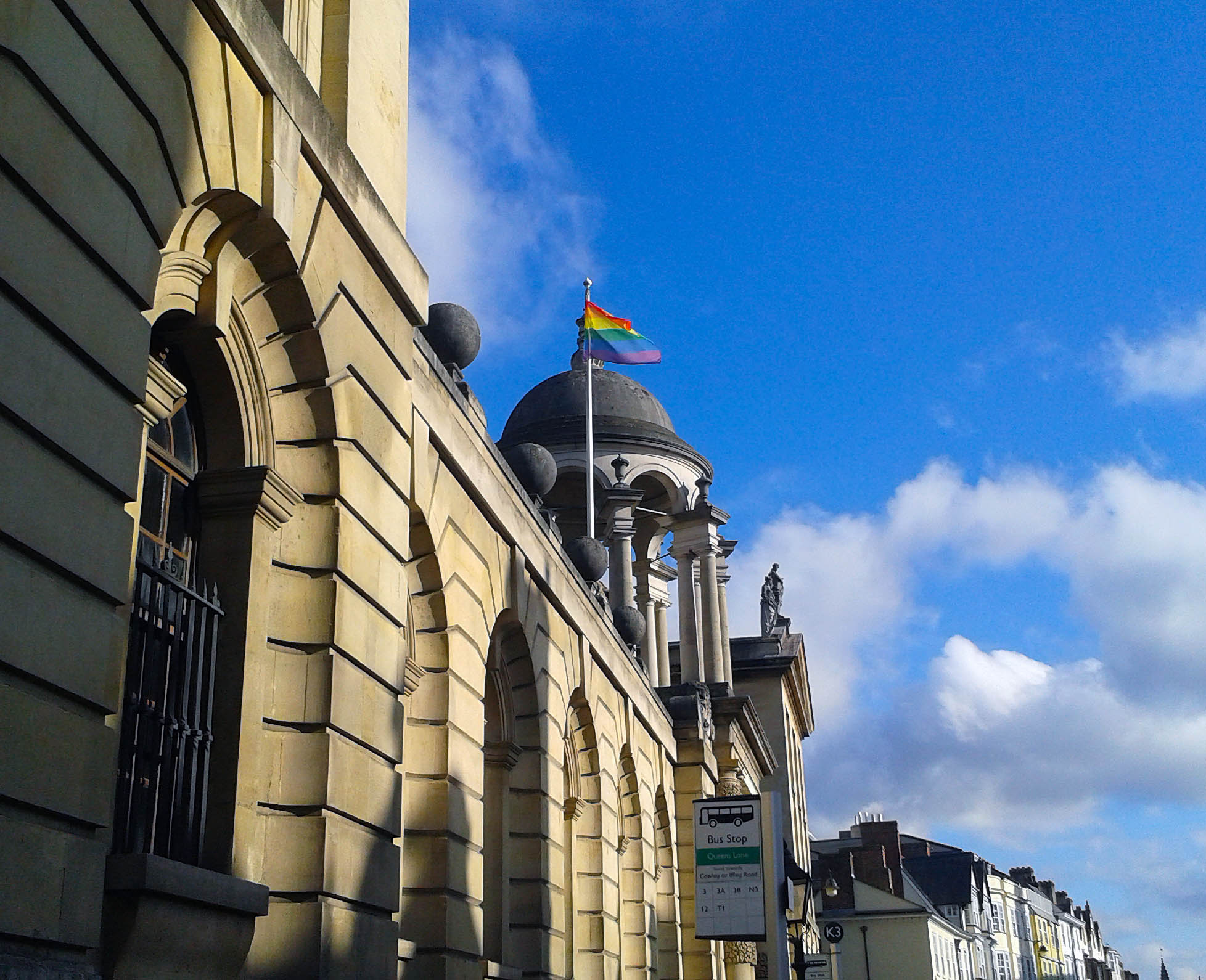 Last year’s 50th anniversary of the partial decriminalisation of 1967 saw many celebrations across Britain after centuries of silence. Historic England and English Heritage produced Pride of Place, and they re-listed five buildings accordingly; the National Trust did the same with its Prejudice and Pride. The temporary exhibitions in London that I happened to see included the major Queer British Art 1861–1967 at Tate Britain, and the British Library’s Gay UK: Love, Law and Liberty; the British Museum’s Desire, Love, Identity was a special exhibition with a trail through the permanent galleries. Many of these were free; all had different voices, suited to their diverse contexts, collections and audiences. History also took a central role in the BBC’s Gay Britannia season, with Man in An Orange Shirt’s longing for the ‘ordinary unbedroomy things’ of love. It is perhaps regrettable that it took an anniversary about lessening (male) oppression for us to celebrate so many millennia of what E. M. Forster termed a ‘great unrecorded history’, but most of these landmark exhibitions will have lasting legacies beyond 2017. The British Museum’s Desire, Love, Identity will have a permanent trail and audio tour, and a version of the exhibition will travel to the Ashmolean Museum later this year, before going onto three further venues across the country.

If this is a major sea-change in visibility, I think that it is much needed, and (to be frank) about bloody time. When I was growing up in a northern market town in 1970s, hostile media stereotypes only increased the sense of being marginal and alone: the diversity of history can help LGBTQ people realise that they are (and always have been) integral parts of world cultures. Histories can help save lives, as the founders of History Month know well. And such histories are relevant not only to members of the LGBTQ community: history hides many minorities in its cunning passages but not many are so invisible or so easy to overlook as LGBTQ people, which means that attitudes towards this community can act as a touchstone for the current state of human rights as a whole. Richard Sandell of the University of Leicester has argued powerfully that museums and heritage institutions have a vital role in exploring, extending and enacting these rights.

How distinctive should LGBTQ history be? This is a question I often hear from museology students, and I would argue in favour of embedding such history into permanent museum displays and not only in temporary specialist exhibitions, since LGBTQ people are neither temporary or special. An awareness of sexual diversity and gender should be woven into all human histories, but for the moment, given the silence of previous decades and the persistence of homophobia, it is still necessary to showcase our distinctive experiences. A combination of temporary exhibition and a permanent trail, as at the British Museum, is arguably an ideal strategy, balancing the needs for LGBTQ stories to be distinctive but also integrated with wider, world histories intended for as broad and inclusive an audience as possible.

The intellectual challenges for an LGBTQ historian are numerous and obvious: questions of marginality; competing ideas of constructionism and essentialism; the tendency to reclaim positive role models as opposed to specific contextualised studies of intersectionality. How do we balance the difficulties of seeing our own identities in the experiences of past cultures and of seeing those experiences as differently constructed and felt? How can we assess the inevitable ambiguities of fragmentary and partial records? How radical should we be, how normative? How objective and detached, how engaged and activist? How normalising, how queer? And in these various balancing acts, we all inevitably make mistakes. But does this make LGBTQ history too ‘risky’ for those individual and institutions who attempt it (a word used by a concerned colleague in 2012)? My own impression is that over the past five years, heritage institutions have gradually grown much more bold. A lingering degree of institutional caution is understandable, albeit regrettable: minority non-normative histories still alienate some audiences, including source communities and potential patrons; social media users still complain that institutions are forcing ‘a destructive life-style with a high suicide rate’ onto the public. But the very fact that there are still risks and complaints demonstrates why it is necessary to tell these diverse stories. We celebrated the anniversary of partial decimalisation in a single country, while in many countries legislation is turning back against LGBTQ rights.

James Ivory’s film-script for Call Me by Your Name asks a very queer question about love: ‘Is it better to speak or to die?’. If we ask the same question about history, we can have no doubts. In our various ways and voices, and regardless of any intellectual and institutional risks, we must keep telling these histories to the world if we want to see equal human rights.

Richard Bruce Parkinson is Professor of Egyptology and a Fellow of The Queen’s College, Oxford.