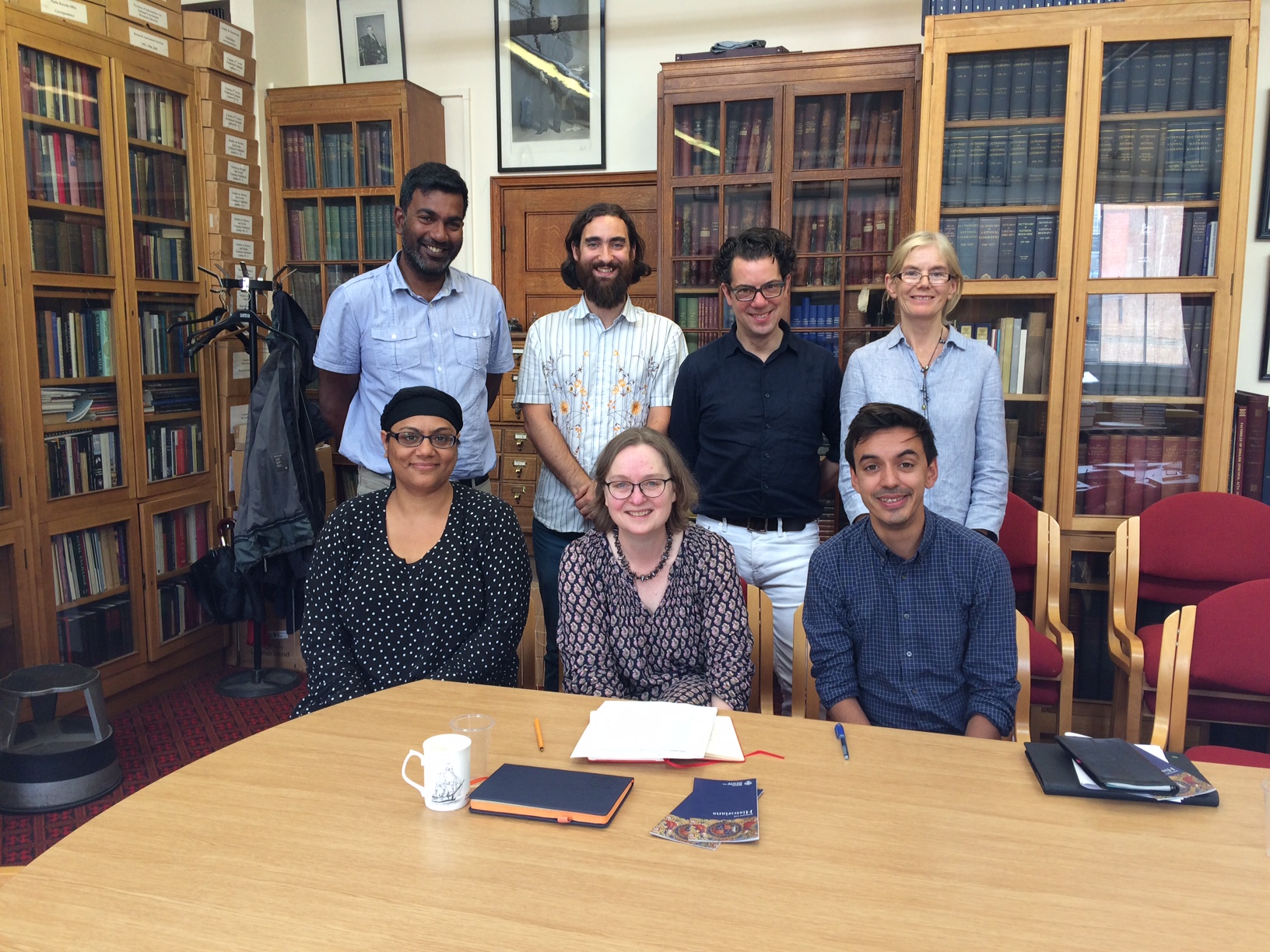 Building on our work on gender equality for historians in UK Higher Education, the RHS has established a Race, Ethnicity & Equality (REE) Working Group to examine the challenges facing black and minority ethnic historians in UK HE. Below, Dr Sadiah Qureshi (Senior Lecturer in Modern History at the University of Birmingham) offers her personal reflections on joining the group, and co-chairs Dr Suzanne Bardgett (Head of Research & Academic Partnerships at Imperial War Museum) & Dr Sujit Sivasundaram (Reader in World History at University of Cambridge) introduce its work.

I first rushed into the council chambers of the Royal Historical Society after taking several wrong turns in the labyrinthine buildings of University College London. I made my apologies to everyone at the meeting and began hurriedly taking in the room full of overflowing hardwood bookcases. My eyes soon caught all the photographic portraits of former RHS presidents that line three of the walls. My stomach flipped, my heart sank and I stopped short as I looked around in disbelief. There was only one woman and everyone was white.

I find such experiences profoundly disheartening as, cumulatively, they are a continual reminder that both women and people of colour have been historically excluded from the discipline that I love. It is now twenty years since I began my undergraduate studies. Over two decades, I have only ever met two female professors of colour working as historians within Britain and a handful of men of colour. My identities as a brown woman barely register within the highest ranks of my profession and it is even worse for aspiring black academics.

My experiences are not surprising when you consider that the Equality Challenge Unit’s staff statistical report of 2016 shows that of the 3475 historians at British universities only 205, or 5.8%, were from a ‘BME’ background. That number alone ought to give us pause but cannot capture the everyday experience of being the only person of colour in one’s department or never coming across somebody who shares your identity at conferences or the professoriate.

I have chosen to contribute to this working group because I want to see problems relating to race and ethnicity within history more widely acknowledged, understood and remedied. Following the model of the RHS Gender Report, the REE working group has been compiling a survey for all historians, arranging for a pilot of the survey, made plans to hold workshops on the results and we will write a report of our findings to be released next year. I am optimistic that we can collate some of the most detailed data available on race and ethnicity within British history. I hope our findings help secure the lasting change our profession needs.

You can read more of Dr Qureshi’s thoughts on racial and gender inequality in UK HE in her recent article for Media Diversified.

Inequality remains a major challenge for historians in UK higher education. Black, Asian, and Minority Ethnic (BAME) historians remain severely underrepresented at all academic levels, while curriculums and research – and the libraries and archives that support them – often fail to reflect the rich histories of racial and ethnic minority groups. The Royal Historical Society has established a Race, Ethnicity & Equality (REE) Working Group to identify barriers to equality and diversity in the discipline of history, spearhead positive change in the environments in which historians of colour in the UK work, and enhance the wider practice and discipline of History by increasing the presence of racial and ethnic minorities in university-level teaching, research and public engagement.

We will soon be launching a wide-ranging questionnaire to collect data and experiences from across History departments and researchers in the UK. As our work proceeds, we will identify particular ‘pressure points’ (for example undergraduate to postgraduate; doctoral candidate to early career) for more sustained examination of racial and ethnic inequalities. In dialogue with the RHS’s Gender Working Group (and conscious of the importance of intersectionality), we will seek to provide university departments/schools/faculties, and other institutions involved in historical research and dissemination, with robust data on the current state of the discipline with regard to race and ethnicity, and to create a platform for promoting meaningful change.

The launch of the group comes alongside the Society’s 150th anniversary, and our reflections on the past, present, and future of the discipline of History. RHS President Margot Finn explored the Society’s own imperial past in her recent Presidential address, and we are conscious of how changes in curriculums, teaching, and research are vital to presenting broader and more diverse narratives of the past, and to engaging the widest possible set of students, communities, and publics.