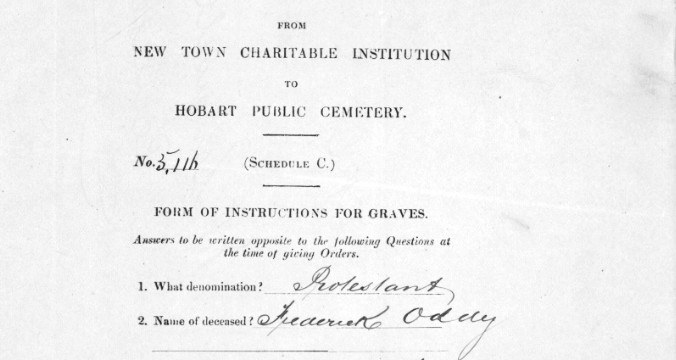 Interest in crime history, amongst academics and the public, has increased with the development of digital repositories and large-scale projects such as The Proceedings of the Old Bailey Online, Digital Panopticon and Convict Voyages. In this post for the RHS blog, Emma Watkins considers how large scale digitisation enables new interpretations of convict history.

The large-scale digitisation of primary sources has allowed historians to uncover working-class lives to a greater extent than before as we access international datasets quickly, cheaply and en-masse. A good example are the records in the Tasmanian Names Index, which were created for the surveillance of individual convicts transported to the Australian penal colonies, but have now resulted in an abundance of literature on the subject. Thanks to sites like these, and the work of archivists and historians, our knowledge of crime history has become increasingly nuanced, and the study of criminal justice history has focused on different forms of punishment such as the history of transportation and prisons, and in transnational perspectives.

Nevertheless, it is important to understand the digitization process of archival material, and the limitations and possibilities associated with it. Firstly, we must consider why particular datasets are digitised, and others are not, and how this has affected the direction and focus of research. Moreover, when using digitised historical documents, we must consider the context of the whole record set as we would automatically do in the physical archives.

Historians are increasingly exploring the lives and crimes of ‘normal’ working-class men, women and children. In so doing, they have uncovered different aspects of criminals’ lives including skills and employment; family-life; education; and health.

My research contributes to this work by looking at the plight of male and female convicts who struggled after freedom and in old age. The existence of this forgotten population challenges the enduring belief that convicts who were transported to Australia were ‘better-off’ and that Australia was a ‘working man’s paradise’. In the 1980s, histories of convict transportation focused on the endurance, economic contribution and general ‘success’ of transported convicts. While the literature is continually expanding, and such ideas have been revised within academia, romantic ideas about convict life still persist, in part bound up with arguments surrounding the re-emerging glorification of empire.

In my research, I build on the seminal work of historian AKS Piper, by tracing the whole lives of former convicts, who went on to die in the charitable system. Work on old age and imprisonment has recently been conducted by Victoria Nagy, with a focus on women in Victoria. As Nagy highlights, the historical perspective of older female offending is particularly rare. Similarly, Nagy and Alana Piper worked together to explore the imprisonment of female urban and rural offenders finding that those in authority were concerned with removing disorderly and vagrant women from the streets. The criminalisation of poverty is an issue which still exists today.

My research has uncovered emancipists who entered and died within the walls of pauper establishments, by tracing their lives through all available online records including the Founders & Survivors project database, criminal justice records, civil records and newspapers. These varied sources allow both details of individual lives to be uncovered, and the verification of findings/discrepancies. Following the method developed by Barry Godfrey and colleagues in Criminal Lives, and used by myself in my work on transported juvenile convicts (see also a case study here), it is possible to uncover the whole lives of historical figures. This is done by nominally-linking disparate historical records.

Such research necessitates ethical consideration. The individuals explored have long since been deceased and the records used are within the public domain. Yet, descendants will potentially be exposed to un-called for information about their family tree. This is particularly problematic when an offender committed a serious crime. On the other hand, if names are anonymised not only is the offender stripped of their identity, but also the research process misses out on a potentially important outside input – particularly from keen genealogists.

Research in digital records allows for whole lives to be explored including; crimes, punishments, familial relationships, employment and deaths. For example, Frederick Oddy, who was born in London in the 1820s, was sentenced to transportation at the Old Bailey and arrived in Van Diemen’s Land (Tasmania) in 1845. Frederick ended up dying in the New Town Charitable Establishment in the 1880s and was buried in a paupers’ grave. Frederick Oddy represents a typical pauper. He was a male, former convict transported from Britain who had to re-enter an institution in old age; an institution which largely resembled the convict system he left in his 30s. 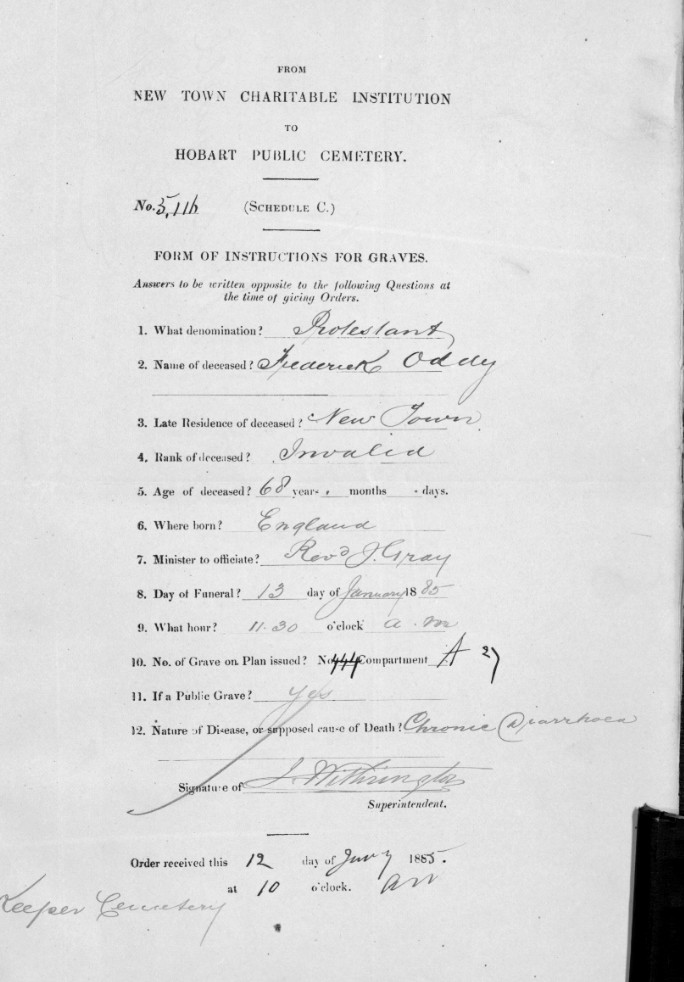 As well as tracing individual lives, it is possible to uncover shared experiences and divergent pathways of pauper-emancipists. Looking at familial and economic lives, as well as exploring their lives under both the criminal justice and the charitable system enables the identification of patterns within the collective. Then, individual case studies can be used to interrogate those patterns.

My research considers the long term impact of the convict system on those who struggled later in life, a project that I am keen to share publicly as it develops. If you are interested in convict transportation history, and its effects on convict lives, please visit Forgotten Convicts, launched in October 2020 complete with blog and podcast posts. The first case study discussed is that of Frederick Oddy.

Emma Watkins is a Lecturer in Social Sciences at the University of Roehampton. Her research interests focus on nineteenth-century crime, punishment, and the criminal justice system. She has published on juvenile offenders and the method of life-course analysis using historical sources and is the author of Life Courses of Young Convicts Transported to Van Diemen’s Land (Bloomsbury, 2020).