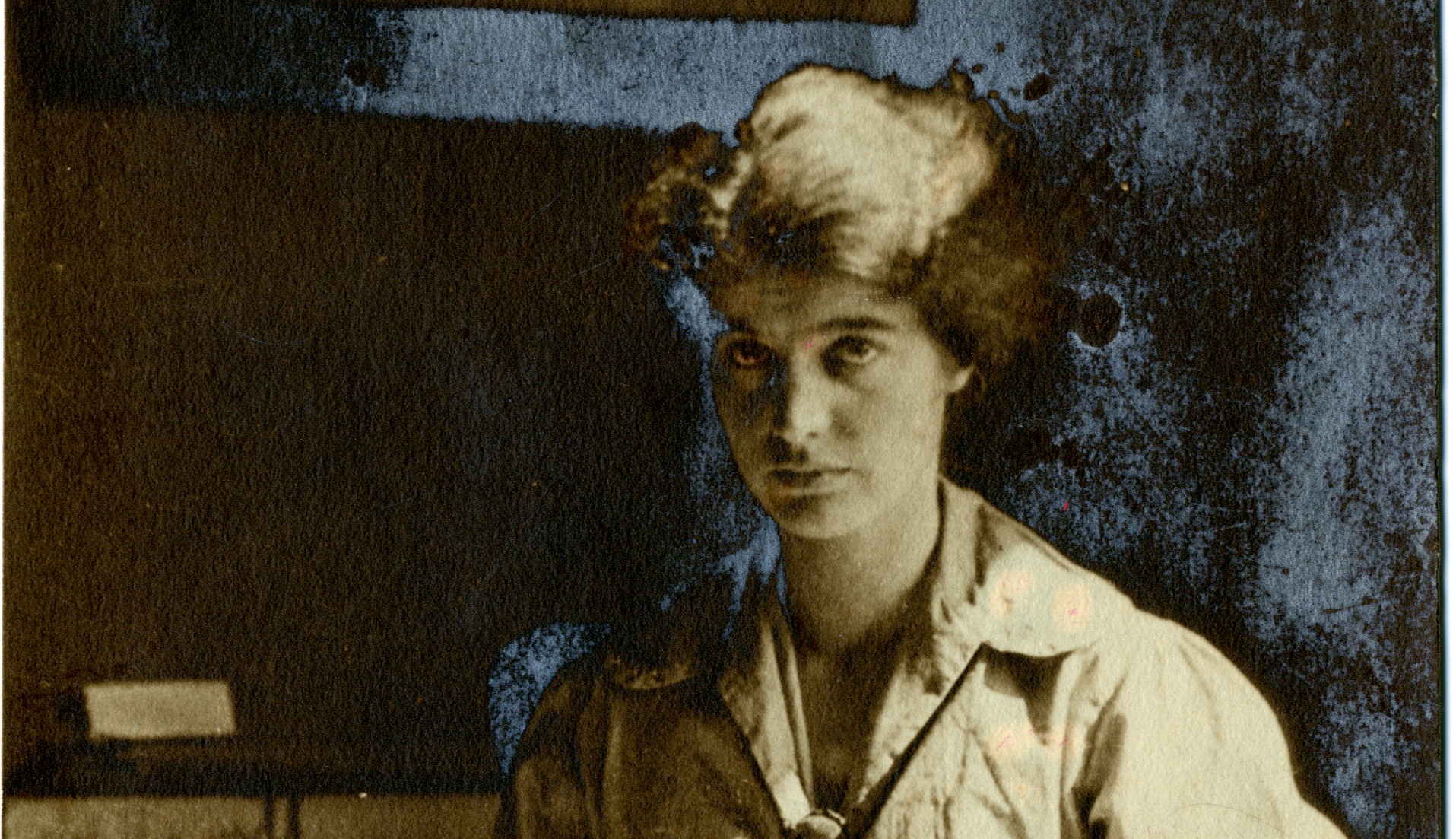 Beyond This Day – 8 August 1940: Popular History and the Power Sisters

The historian Eileen Power died on 8 August 1940. In this blog post, Dr Laura Carter examines the historical legacy of Rhoda Power, Eileen’s younger sister (pictured above). In the decades following Eileen’s death, Rhoda continued to shape popular social history in Britain in quite distinctive ways that have been overshadowed by Eileen’s immortalisation as the emblematic twentieth-century woman historian. 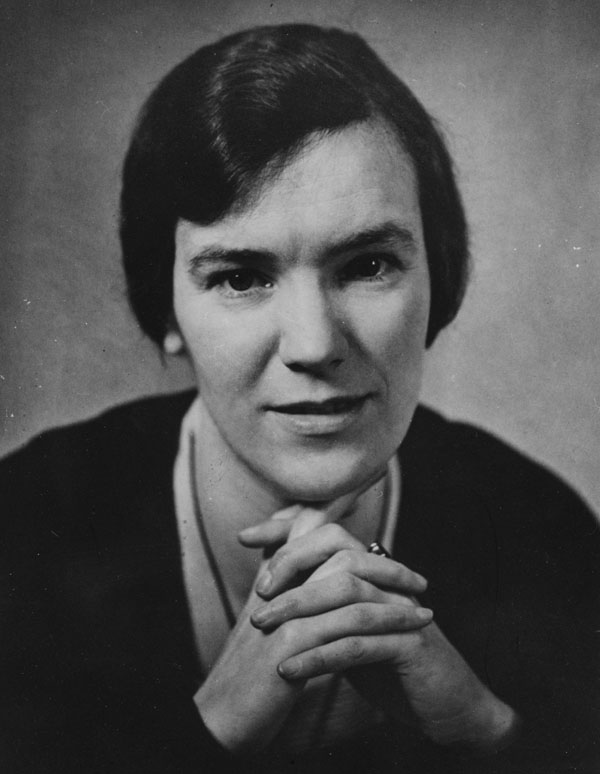 On 8 August 1940 the formidable medieval historian Eileen Power (1889-1940) died of a heart attack in London at the age of 51. She had published widely, achieved a raft of academic honours, and researched and taught at both Girton College, Cambridge and at the London School of Economics (LSE). She became Professor of Economic History at the LSE in 1931. A pioneer of social-economic history and champion of internationalism and pacificism, Eileen remains a feminist intellectual hero for our times. A forthcoming reappraisal of Eileen Power by Rozemarijn van de Wal promises to reignite scholarly debate about her significance, first highlighted by Maxine Berg’s biography A Woman in History (1996). Eileen was scholarly, glamourous, and technologically savvy. She continues to be an aspirational role model for women historians to this day, as we remind people that you can #LookLikeAProfessor even if you don’t wear tweed and routinely forget to trim your nose hair.

What is less well known is that Eileen had two equally impressive younger sisters: Rhoda Dolores Le Poer Power (1890-1957), a history writer and broadcaster, and Beryl Millicent Le Poer Power (1891-1974), a noted civil servant. While Eileen was bookish at school, Rhoda excelled at drama; she wrote, produced, and acted in a version of ‘Sleeping Beauty’. Rhoda was always the odd one out: both Eileen and Beryl undertook the historical tripos at Girton College, Cambridge and began their careers by winning prestigious travelling research scholarships. Rhoda, by contrast, attended the University of St Andrews between 1911 and 1914, taking courses in Greek, German, French, Political Economy, and Economic History. She found herself marooned in Russia at the outbreak of the Bolshevik Revolution, after travelling to Rostov-on-Don in January 1917 to teach the daughter of a bourgeoisie trader. She kept travelling throughout her life, first working on a newspaper in Palestine then making frequent trips to North and Central America in the 1940s and 1950s. 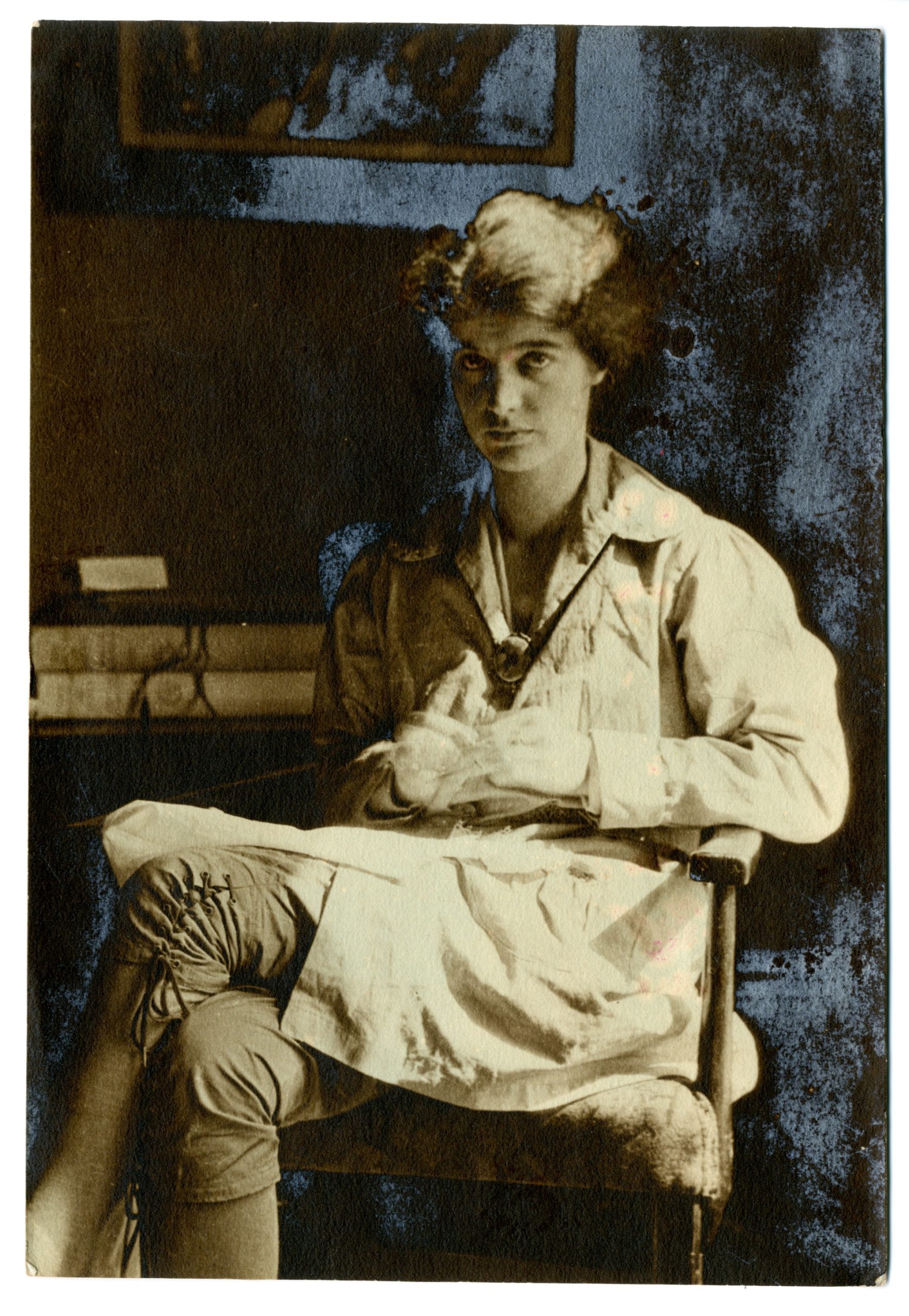 Eileen famously broadcast history talks on BBC radio. It was through this most modern medium that she envisaged the widest reach for her pacifist, internationalist message during the 1920s and ‘30s. But while Eileen’s relationship with the BBC was relatively short lived (she did not broadcast any full series after 1936 following a disagreement with the BBC over the political content of her world history programmes), Rhoda Power spent over thirty years broadcasting history on BBC radio.

Rhoda is most often mentioned as Eileen’s sidekick in her BBC work, because the sisters worked together on a series of history talks for schools together entitled ‘Boys and Girls of History’, which aired in autumn 1927. At this time, BBC schools broadcasting was relatively new, having begun in September 1924. But by the summer of 1926 it was reaching c.2,000 schools in London. The BBC schools service paid close attention to developments in secondary education and expanded rapidly into the 1930s, with Rhoda by now at the helm of the history lessons. By 1938 c.10,000 classes of children nationally were listening in to the BBC’s weekly history broadcasts alone.

Rhoda’s ambition and impact at the BBC was really quite different to Eileen’s short career on the airwaves. Rhoda was chiefly a historian concerned with pedagogy and popularisation. She did a lot of independent historical research for her scripts, consulting Eileen and her wider circle of historian friends to clarify unfamiliar topics. But her main concern in popular history was method, not content. Her innovation was to introduce listeners to the ‘illustrated talk’. These radio history lessons featured dramatic interludes of dialogue, sound effects, and music, a technique that the BBC adopted across all its BBC history broadcasts from the 1930s to the 1950s. In the 1930s, a typical BBC world history programme for senior pupils (age 13-15 years) lasted twenty minutes, fifteen of which were taken up by three ‘dramatic interludes’.

By the outbreak of the Second World War in 1939, Rhoda was working full-time in the schools broadcasting department, and an internal BBC personnel file from 1945 labelled her ‘worth her weight in gold’. By the mid-1950s she was one of the highest earning BBC women professionals. National recognition came in 1950 with an MBE for her contribution to history education. 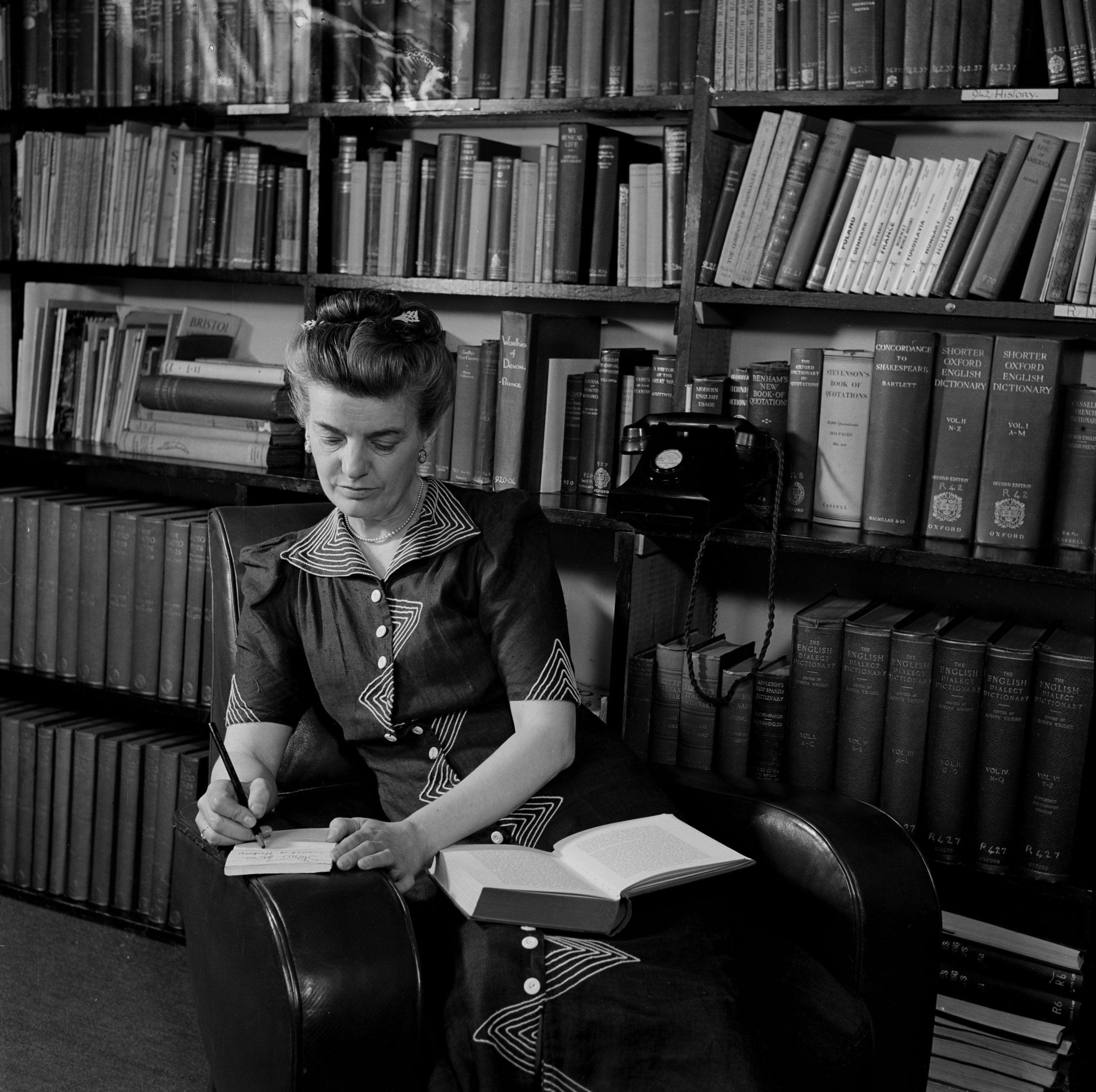 Part of Eileen Power’s enduring allure is her modernism. She was deeply immersed in late medieval history and culture, but she combined her academic pursuits with progressive politics and avant-garde tastes, moving on the edge of the Bloomsbury set between the wars. Rhoda’s modernity was less elite but no less socially motivated than her sister’s: she invested her intellectual and creative resources into the mission of twentieth-century mass education. For both women, being modern and being a historian were two complementary components of their selfhoods.

When academic historians today look for role models who championed a dialogue between history and the broader public, we gravitate naturally towards those whose working lives most closely resemble our own, like Eileen. For women especially, this allows us to draw on past historians as a positive resource for self-fashioning in today’s precarious and unpredictable academic landscape. But it isn’t always the best way to understand the popularisation of our discipline. Popular history in Britain, as Raphael Samuel told us long ago, is organic and multifarious. Consumers of history make their own meaning, however frustrating that might be for progressives like Eileen with urgent lessons to be conveyed. 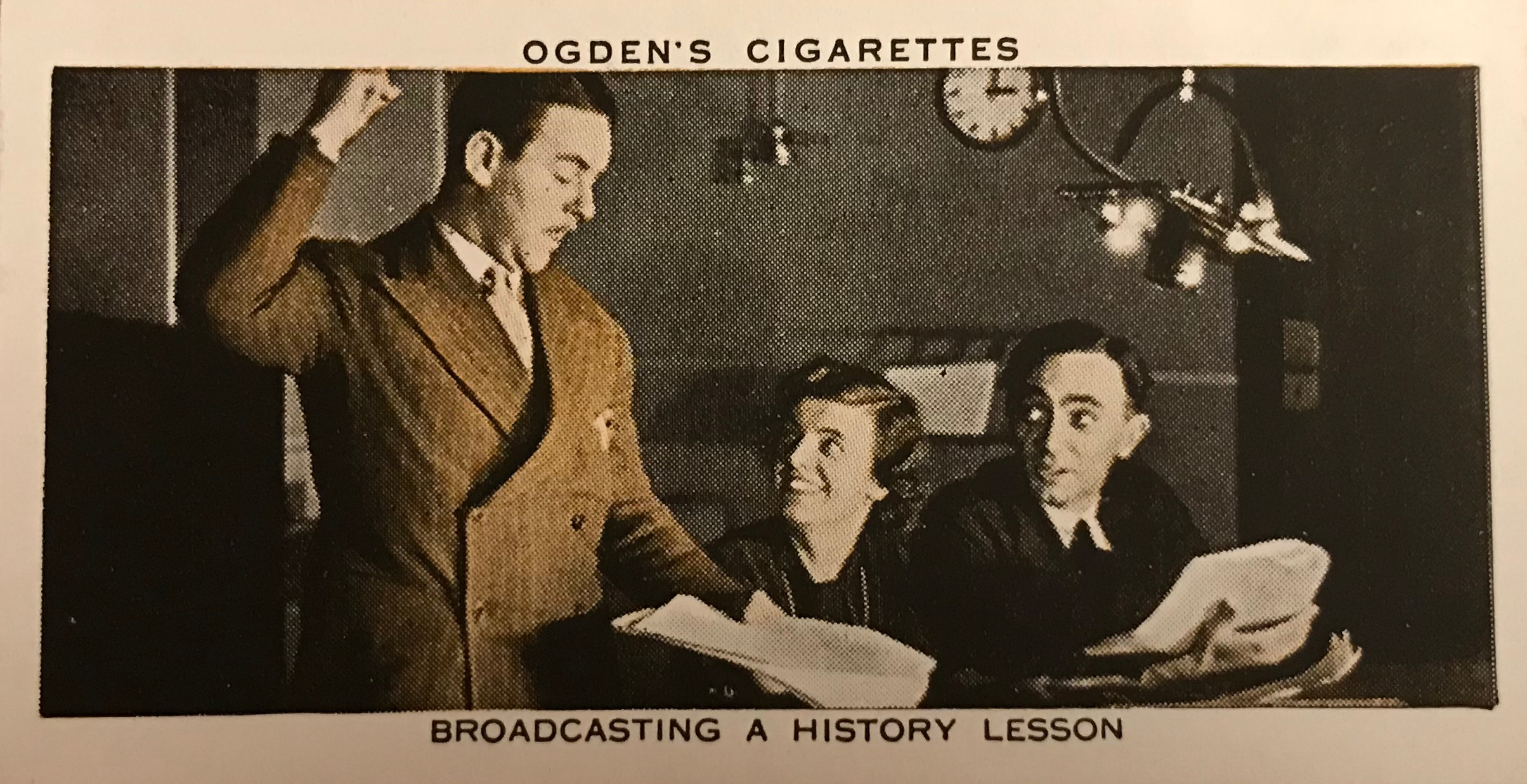 Rhoda’s popular social history was a product of pedagogy and technology, rather than politics. And it reached hundreds of thousands of classrooms and homes throughout the mid-twentieth century. Rhoda Power’s work reminds us that popular history has always been allied to mass education, often to the exclusion of professional, academic agendas. As Rhoda wrote drolly to a colleague after appearing on an ‘Ogden’s Cigarettes’ card in 1935: ‘I keep it in my purse because it’s very useful when Eileen & Beryl are given fresh academic & civic honours. I just take it out in their presence & look at it quietly & significantly, to remind them of what real fame is.’

Laura Carter is currently working on a book about popular social history in twentieth-century Britain, provisionally entitled ‘Histories of Everyday Life: The Making of Popular Social History in Britain, 1918-1979’. She is a Research Associate on the ESRC-funded project ‘Secondary education and social change in the United Kingdom since 1945’, based at the Faculty of History, University of Cambridge.

Kate Murphy, Behind the Wireless: A History of Early Women at the BBC (London: Palgrave Macmillan, 2016)