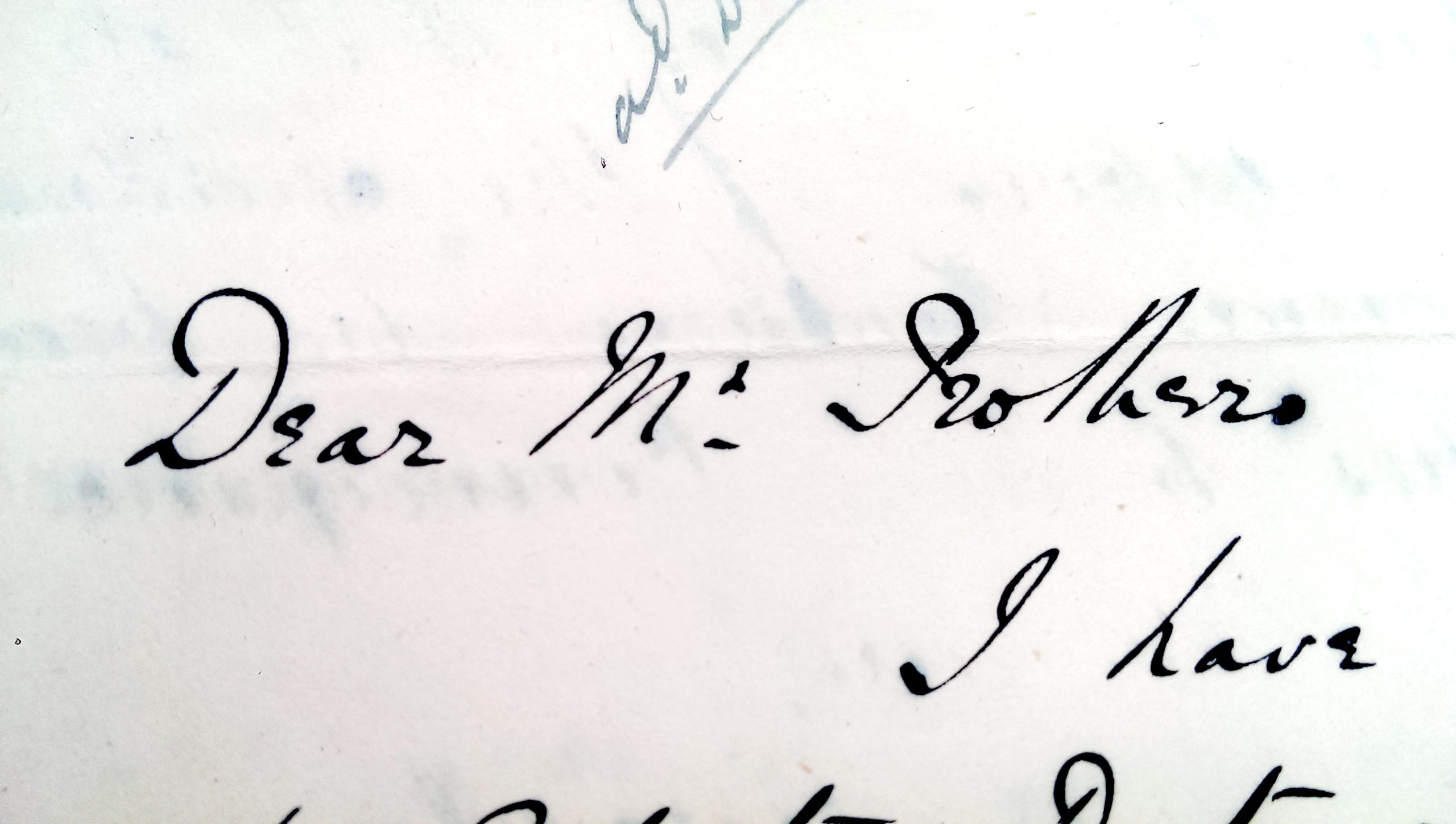 As part of the Society’s 150th anniversary celebrations, the RHS has embarked on a project to revamp its archive and update its accompanying catalogue, in order to improve the accessibility of the collections and to increase awareness of Society’s past. The project is funded by the Marc Fitch Fund, a charity which supports projects aimed at preserving and showcasing important pieces of historical scholarship across the UK and the Republic of Ireland. With this generous award, the Society has been able to hire two post-graduate researchers, Eilish Gregory and Imogen Evans, to help complete the project. In this post for Historical Transactions, Eilish and Imogen introduce the project, and reveal some of their early finds in the papers of George Prothero, the Society’s first President.

Through the project, ‘Recovering History: the Royal Historical Society at 150 Years’, we intend to find out more about the historians who have produced the great bulk of the Society’s publications and lectures and connected RHS work to the wider practice of history in schools, museums, heritage sites and universities since the Society’s founding in 1868. A rich variety of men and women have contributed to the RHS since its foundation, and changes in the Society’s composition and activities have mirrored and shaped the wider historical landscape. This project will increase the archive’s accessibility to researchers and we hope will encourage more research into the history of the Royal Historical Society.

We are undertaking a preliminary survey of the existing archival materials housed in the Society’s offices at University College London and producing a summary catalogue of those materials. The eventual aim of this project is to digitise and display sampled documents of the collection to celebrate the successes of the Society over the last 150 years. 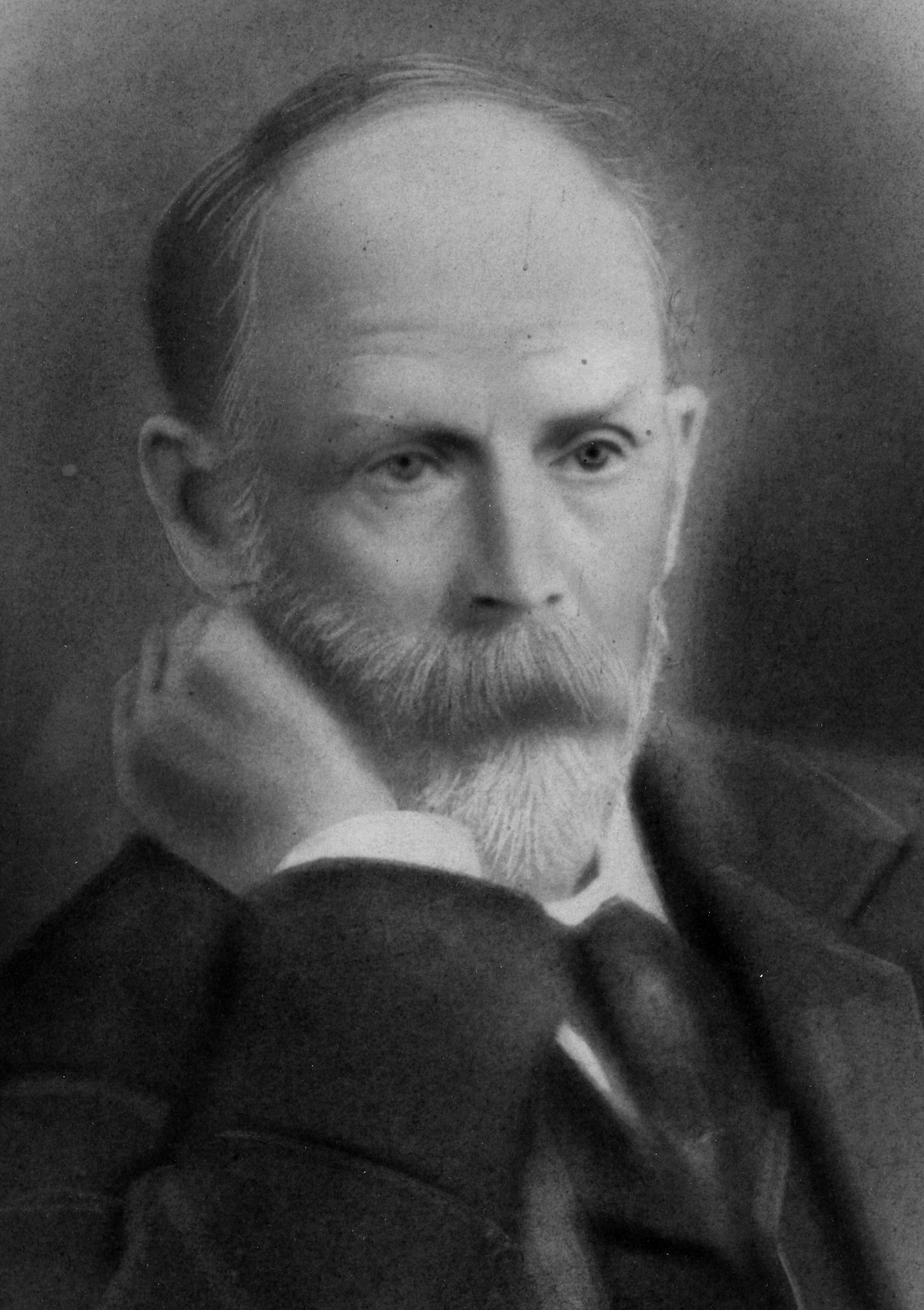 We have begun by re-evaluating the papers of George Walter Prothero (1848-1922), whose personal and academic papers form a large part of the the Society’s archival holdings. Prothero served as President of the Royal Historical Society from 1901 to 1905, and was the first Professor of Modern History at Edinburgh University. He was also a historical adviser to the Foreign Office during the First World War and an editor of the Quarterly Review.

The Society’s public Prothero Lecture is held every summer, and is named in honour of Prothero’s contribution to historical scholarship. This week, Friday 5 July, Dr Sujit Sivasundaram will give the 2019 Lecture with the title ‘Waves Across the South: Monarchs, Travellers and Empire in the Pacific’. It seems only appropriate to mark the occasion of this event by sharing the original letter from the Society’s Secretary, Herbert Hall, inviting Prothero to be President of the Society, which we recently discovered among the bundles of correspondence:

“The claims of F.H. [Frederic Harrison] and others were carefully considered but there was found to be a probability of opposition to the first named and this would not do…” 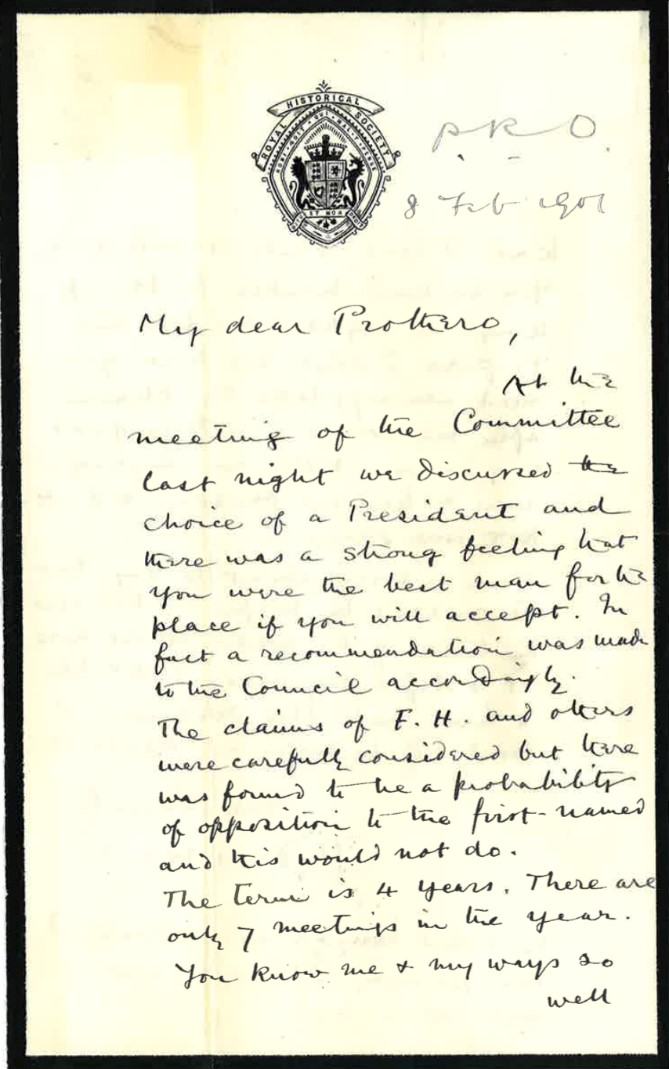 As the project continues we will be publishing a series of posts on this blog to highlight our findings and showcase the new materials we’ve identified. Watch this space for more on the Prothero project.